From the Knights of Columbus web site:

“2017 was a record-setting year for Knights of Columbus charitable work with an unprecedented $185.6 million in donations and 75.6 million hours of service provided worldwide.

The monetary value of K of C’s service hours is valued at $1.9 billion based on an estimate by Independent Sector, a network for nonprofit foundations that values a 2017 volunteer hour at $24.69.

The K of C’s 2017 survey of charitable giving also showed that monetary donations increased $8 million from 2016 (+4.5 percent) and service hours grew by 527,550 (+0.7 percent). Year-over-year annual growth in both categories has been consistent over the past two decades.

‘Once again, the Knights of Columbus showed the enormous difference we can make in the lives of others by putting our faith in action,’ said Supreme Knight Carl Anderson. ‘The needs of many of our communities were particularly great in 2017, especially in the wake of historic hurricanes in Houston, South Florida, Puerto Rico and much of the Caribbean. The Knights did not hesitate to provide assistance after these humanitarian crises and in Mexico where two cities were badly damaged by earthquakes.’

In addition to disaster relief, K of C also continued to support local communities through programs like:

Since 2014, the Knights’ Christian Refugee Relief Fund has donated more than $17 million for humanitarian assistance to Christians and other religious minorities primarily in Iraq, Syria and the surrounding region.

‘Along with what we do in our own communities, the reach of the Knights is global,’ Supreme Knight Anderson said. ‘We were able to pledge $2 million to save Karamles, a predominantly Christian town on Iraq’s Nineveh Plain liberated from ISIS in 2017. Christian churches and graves were desecrated, and many homes were looted, damaged or destroyed.’

Follow the link on www.IWKnights.com/bulletin or at facebook.com/IWknights 9981 and NOW on Twitter at twitter.com/IwKnights to read the entire article published on www.KofC.org 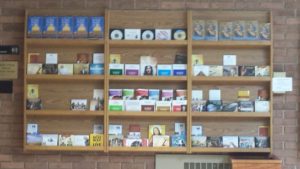